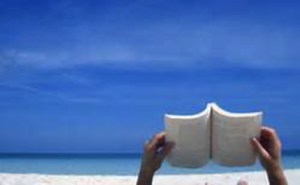 Superintendent Brady provides periodic updates to our Board of Education, staff, and community. Read his latest message here.

I hope everyone is enjoying some relaxation time this summer with friends and family. The weather has not been great but looks like it could be in the week ahead. Enjoy!!

The following is some of the latest educational news from NYSCOSS Deputy Director Bob Lowry.


The U.S. House of Representatives Appropriations Committee approved a proposal to cut funding for the U.S. Education Department by $2.4 billion (3.5 percent). The reduction is far less than the $9.2 billion (13.4 percent) cut proposed by the Trump Administration, but would still wipe out funding for Title II teacher training grants. Title II distributes $166 million to New York educational institutions.

Support for Title I and career and technical education would be held flat at $15.9 billion and $1.1 billion, respectively, under the House plan, while Individuals with Disabilities Education Act (IDEA) funding would be increased by 1.7 percent, to $12.2 billion.

Unlike the Administration, the House plan would not eliminate all funding for 21st Century Community Learning Centers, but would impose a cut of 16 percent.

The proposal would also increase charter school funding from $342 million to $370 million, far less than the Administration sought, and would deny the Administration’s proposed major increases for choice initiatives, which totaled over $1.2 billion.

Title IV block grants would be increased from $400 million to $500 million. This program can be used to support a range of activities, including effective use of technology; student health and safety services (including mental health), and initiatives to promote a well-rounded education – instruction in the arts and STEM subjects and participation in Advanced Placement and Internal Baccalaureate courses.

Here is a summary by Education Week.


Two down, one to go. A third threat to New York State comes in the form of action on federal tax reform. Last week, State Comptroller Thomas DiNapoli issued a report warning, "Major changes to the federal tax code being considered by the President and Congress would have significant implications for New Yorkers, including the elimination of the more than $67 billion in state and local tax deductions reported by New Yorkers on their federal taxes."

Earlier, the Cuomo Administration estimated that ending deductibility of state and local taxes would effectively increase those taxes by 20 to 44 percent, depending on the payer’s tax bracket. To be fair, for many of us, that impact could be partly or fully offset by other proposed changes, including doubling the standard deduction and ending the alternative minimum tax. But the effect could still be great on New York’s wealthiest taxpayers, upon whom the state relies for a large share of its revenue.

Inflation and the Property Tax Cap


Half way through the calendar year, the average monthly change in the Consumer Price Index is 2.2 percent. If that trend holds through the remainder of the year, the allowable levy growth factor in the school property tax cap would be 2.00 percent – the first time in five years that base factor in tax cap calculations would match the advertised “2 percent” figure.

Inflation has been slowing in more recent months, however, pulling the average down. This raises some questions about what is going on in the economy in general, as this analysis explains. Acceleration of this trend could pull the final figure below 2 percent, but the allowable levy growth factor for 2018-19 is likely to still be much closer to 2 percent than it has been in recent years.

The Board of Regents met in Albany this week. Among other actions, they approved a revised draft of the state’s plan to comply with the federal Every Student Succeeds Act (ESSA). The draft plan now goes to the Governor; under the ESSA statute, governors must be given at least 30 days to review and comment upon state plans before they are submitted to the U.S. Education Department for consideration. The Regents will give final approval to a plan at their September meeting and submit it to Washington that month.

Here are some items on the plan:

More items on the ESSA plan are available here.

As part of the ESSA discussion, SED Commissioner MaryEllen Elia  reiterated that the state plans to apply to participate in ESSA's Innovative Assessment Demonstration Authority. As Politico New York reported, "Six states will be accepted initially and after three years it will open up to other states, according to the department. Assessments could include performance-based tests, curriculum-embedded tasks, the use of portfolios, or a combination of several techniques. The state will begin looking into new testing options, but there currently is no timeline for when the state exams will be aligned to the Next Generation Standards"

The Regents also received an update on the Department’s work on revising the state’s learning standards for English language arts and mathematics. Final approval of revised standards is planned for September.

The Regents voted to send back to the State University a set of proposed renewals of charter schools. SED staff and the Regents objected that the requests were, in some cases two years before the scheduled expiration of current charters. Early renewal requests deprive SED of complete data and have the effect of granting charters longer than the five years authorized by statute. Under the law, however, SUNY can give the schools their early renewals, notwithstanding SED’s objections.

The Regents also discussed current high school diploma requirements. As part of considering whether to create additional graduation options for students with disabilities or all students. Here is a Chalkbeat New York article on that conversation.

The Regents also had an extended discussion on segregation in New York schools, which included impressive presentations by students.

In June, when the NYS Regents Geometry test was administered statewide, there were errors found on three separate questions. All of the questions, (14, 22, & 24) were related to comparing triangles using geometric proofs. As a result of these corrections, six more of our students passed the exam bringing our passage rate to 70%. Overall, it was viewed as a particularly challenging exam possibly made more difficult by questions which had more than one right answer. Below is a Courier Observer article about the testing issue.

This important information was sent to me by Jefferson Elementary Counselor Wendy Serguson. It underscores the importance of watching what our children are accessing on their Smartphones.

For those of you with preteens and/or teens, I would highly encourage you to watch the 48 Hours episode from this past Saturday entitled "Killer App". The link is below. I couldn't get it to play. I'm not sure if it is our computers or they haven't released it yet. Hopefully, you will have better luck.