The Benefits of Sport-Beyond the Game 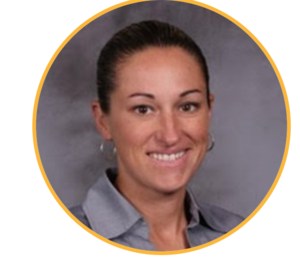 Inspirational speaker Missy West will present to the Massena community on Jan 4 at 7PM in the high school auditorium.

Missy West comes to PCA after coaching basketball at the college level for the last 12 years both at the Division II and Division III levels. She has received 3 conference coach of the year honors and was nominated for National Coach of the Year in 2013. Her teams have broken numerous school records, participated in conference championships and the NCAA's.

Her passion for sports began at a very young age in upstate NY, where football and Ice hockey became her first two loves. With her father being a high school football, swimming, golf and softball coach, she was around sports all the time and loved being active and involved with teams. In 7th grade Missy dove head first into basketball, softball and soccer where she excelled and became Miss New York State in Basketball and Softball while also being an All-State 1st team selection for Soccer. Following High School, Missy had a successful college career at Duke University where she was able to participate in 2 ACC Conference Championships, 5 NCAA tournaments and the National Championship in 1999. Following her stint at Duke, Missy played professionally in Germany for three seasons winning a German National Championship. She also coached a youth 12 year old team where they too won a German National Championship. Most recently Missy was inducted into the New York State High School Hall of Fame (with Jim Brown) and the National High School Athletic Hall of Fame.

Missy believes her athletic participation has strongly influenced the development of life long skills that still remain within her to this day. Sports has built confidence within her as a woman, gave her career and travel opportunities, and even further, an environment filled with amazing, hard working, and successful people to this day. She also feels sports has given her a voice in which has allowed her to follow her passion to serve people, to educate and inspire our youth, our parents, and our coaches about the amazing message of PCA to keep kids in the game.